Model Overview
The 2013 Volkswagen Touareg in three different trims--Sport, Lux and Executive--and each of these trims is offered in either VR6 or TDI form. VR6 models have a narrow-angle 'VR6' V6 engine under the hood, making 280 horsepower, while TDI models get a 3.0L turbo-diesel V6 engine.

Both engines incorporate direct injection and are hooked up to a wide-ratio 8-speed automatic transmission, but otherwise these two engines are quite different in character. The VR6 is quiet, refined and high-revving, with good passing response, while the diesel is a heavy puller, at its best in the low-to-mid revs, which makes it a good choice either for towing, up to 7,716 pounds. The TDI engine is also much more refined than diesel engines of the past, and it achieves an excellent EPA highway rating of 29 mpg.

Standing separately, at the top of the lineup price-wise, is the Touareg Hybrid. Combining a 333-horsepower, 3.0L supercharged V6 engine with an electric motor system, and a 288-volt, 1.7-kWh battery pack housed beneath the cargo area, the Touareg Hybrid's powertrain can deliver up to 380 hp and 428 pound-feet of torque, and it can cruise at up to 30 mph on electric power alone or coast at much higher speeds by temporarily stopping the engine and disengaging the transmission. Otherwise regenerative braking recovers energy when you're braking--altogether yielding ratings of 20 mpg city, 24 highway.

The Touareg is built with a stout unit-body construction and a tough 4Motion all-wheel-drive system with rear limited-slip Torsen differential (sending 60 percent of torque to the rear most of the time) is standard on all Touareg models. The suspension and steering layout, however, with control arms front and rear, coil springs and variable-ratio power steering, is tuned mostly toward on-the-road responsiveness yet with a nod to occasional trail use. With either engine, the transmission has a Sport mode, as well as manual gear control if the driver chooses.

Inside, the Touareg impresses as more of luxury vehicle that it might appear to be on the outside--or than the VW badge might suggest. While the design might look familiar compared to a Jetta or Passat, the materials are a step up, with walnut wood accents and available Vienna leather in Black Anthracite, Cornsilk Beige or Saddle Brown. Lux and Executive models, as well as the Hybrid, include a panoramic sunroof that covers more of the roof and lets a lot of sun shine in, if you want.

Five can fit in the Touareg, but it's likely that everyone will be very comfortable. There's plenty of legroom and headroom front and back, as well as seats that are very supportive and sized for adults. The rear seat can recline or slide fore and aft 6.3 inches and it's split 60/40 for sliding and 40/20/40 for the seatbacks themselves, which fold forward for 64 cubic feet of cargo space.

A navigation system with a high-definition 3D view and 60-GB hard drive with 15 GB of music storage, can be added separately to the Sport. The Lux includes that system as well as a panoramic sunroof, heated side mirrors, walnut wood trim, soft Vienna leather, 12-way power front seats with driver memory settings and an electric rear-seat release. Executive models add a heated steering wheel, heated front and rear seats, keyless entry, push button with push-button start, Park Distance Control, 20-inch 'Pikes peak' alloy wheels and Dynaudio premium sound, with ten speakers and 620 watts. Hybrid models include many of the same features as the Executive, though with 19-inch 'Everest' wheels.

All models also include side-curtain airbags that cover front and rear occupants, plus front and side-thorax bags for those in the front seats, as well as anti-lock brakes, electronic stability control and an Intelligent Crash Response system. 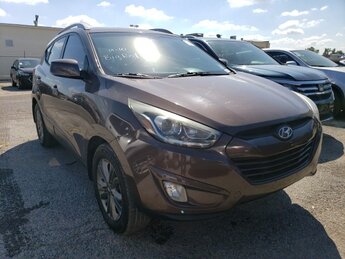 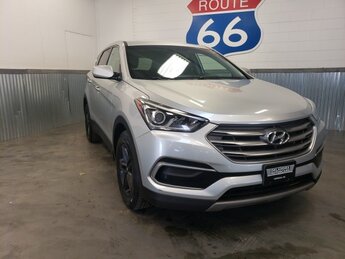